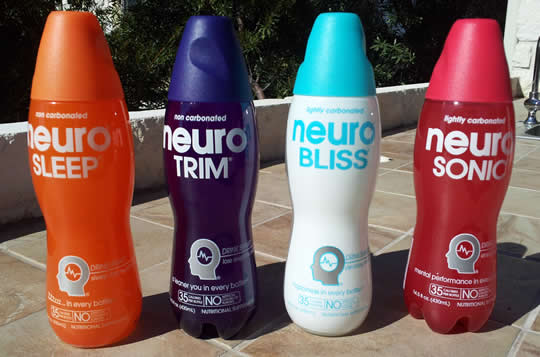 L-theanine is an amino acid found in different types of tea, particularly green and black tea. It is also a key ingredient in Neuro Drinks and is available in supplement form. Unlike other amino acids, L-theanine cannot be produced by the human body; it can only be derived from green and black tea and certain mushroom species. Nevertheless, several studies have shown that L-theanine offers a wide range of potential health benefits, which are discussed below.

There must be a reason why many people drink green or black tea at work, claiming that it helps boost their mental focus. One possible explanation is that some nutrients present in those particular teas, such as L-theanine, increase one’s ability to concentrate.

Indeed, researchers have recently observed that people who consumed 100 mg of L-theanine committed fewer errors than control subjects when given an attention-centered task. This study also determined that there is an association between mixing L-theanine with caffeine and improved focus. Some participants even reported feeling more alert and less tired in general.

The researchers at Neuro Drinks found several studies suggesting that L-theanine can support the body in fending off illness by boosting the immune system’s function. A recently published study determined that L-theanine could help fight upper respiratory tract infections. Another study suggested that the catechins and L-theanine found in green tea could effectively prevent the flu or common colds.

L-theanine also has potent anti-inflammatory properties that open up its possible application for treating symptoms related to headaches, sprains, and arthritis.

L-theanine may also provide relief for those who experience increased blood pressure during stressful situations. According to various studies, it can help reduce an increase in blood pressure after specific mental tasks.

Because research has linked high blood pressure with an increased risk of various diseases such as heart attack and stroke, the potential effect of L-theanine lowering blood pressure is continually being studied.

Another benefit of L-theanine, highlighted by the team at Neuro Drinks, is its ability to improve a person’s sleep quality. Many studies have suggested that it can aid in people’s relaxation because it can slow down an individual’s resting heart rate.

The likely reason for this health benefit is that the amino acid has specific effects on brain chemicals that influence sleep. In a 2018 study, researchers noted that subjects who took 450-900 mg of L-theanine every day for eight weeks reported greater sleep satisfaction. It should be added that the participants in the study were suffering from anxiety disorder and had been prescribed antidepressants.

In 2016, researchers reviewed existing research regarding the benefits of L-theanine on a person’s mental and physical health. One of the things they noted was the amino acid seems to contain neuroprotective properties, which means that it can boost brain function.

Neuro Drinks’ scientists remark that L-theanine can improve a person’s attention and reaction times. Combined with caffeine, which can also be found in green tea, it could improve one’s numeracy and alertness.

Further research is ongoing to determine the exact role of L-theanine in positively impacting a person’s mental functions.

For people who are trying to lose weight, L-theanine can be an effective supplement. Some experts suggest that snacks can be replaced with L-theanine-rich green tea as part of a calorie-controlled diet. In addition to its weight-loss effects, green tea has traces of a savory taste called the umami flavor that can help reduce appetite and thereby help a person lose weight.

Support for Tumor or Cancer Treatment

According to the team behind Neuro Drinks, L-theanine has shown promise as an effective supplement to chemotherapy drugs. In fact, the amino acid has been associated with amplifying the anti-tumor effects of several chemotherapy drugs, improving their ability to combat cancer.

Currently, studies are ongoing to determine what exactly gives L-theanine the ability to prevent cancer. Thus far, several studies have shown that people who regularly drink tea are less likely to develop cancer.