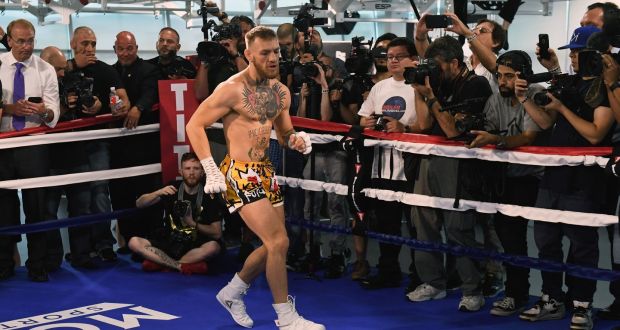 WHAT IS THE DIFFERENCE BETWEEN BOXING AND MMA?

Boxing and Mixed Martial Arts (MMA) are the most popular combat sports at present. Both sports are very entertaining to watch. Millions of fans spend money and time to see their favorite fighters in action.

To get an idea of how both sports are played, why don’t we talk about boxing and MMA separately?

Boxing involves two boxers fighting with the fist covered with padded gloves. The objective is to knock each other or accumulate points by throwing punches. The fight takes place inside the boxing ring.

Meanwhile, MMA is a full-contact combat sport involving two mixed martial artists. The fighter can use various techniques such as striking, kicking, grappling, and wrestling. In other words, MMA is a combination of different martial arts.

Although boxing and MMA are both combat sports and known for their violence, there are many differences between them.

MMA versus boxing, let us weigh down their major differences.

Boxing usually has 12 three-minute rounds. After every round, the boxers have a 1-minute rest. All in all, boxing has 36 minutes of action.

In MMA, there are 3 or 5 rounds every fight, depending if it is a championship bout or not. Every round lasts for 5 minutes and there is a 1-minute rest in between rounds.

Boxers use bigger gloves ranging from 8 to 14 oz. since they will have to fight for a longer period. Wearing massive gloves is considered as a protective measure.

Gloves used in MMA are smaller and more flexible because the fight only lasts for a few minutes. The average size of gloves is 4 to 6 oz.

Boxing bouts happen in a square ring, which is between 16 and 20 feet. The number of ropes varies from promotion to promotion, usually with 2 feet of the boxing ring between the ropes and the floor.

In most cases, MMA fights take place in an octagon cage. There might be changes between promotions. The cage is 30 feet in diameter with a 6-foot fence.

Punching above the waist is the only fighting style allowed in boxing.

However, there are several fighting styles in MMA. Fighters can hit every part of the body except the spine, crotch, and back of the head. Using of knees and elbows is also permitted. They can also do wrestling, grappling, and other martial arts. Even if the opponent is on the ground, a fighter can still control and set up a submission.

When knocked down, the boxer is given 10 counts to get up, or else the fight is stopped. After getting up, the referee will give a standing 8 count, then check if the boxer can still continue. Depending on the promotion, the 3 knockdown rule can be implemented.

The result of the fight in MMA rests on the referee’s decision. There are no count-outs, which means the fighter may get knocked down many times. The referee may step in and stop the fight to protect the fighter from receiving more damage.

The fight between boxing champion Floyd Mayweather and MMA champion Connor McGregor a few years ago made combat sports enthusiasts dig into both sports. Also, the debate on which is the more dominant combat sport between the two increased.

Boxing and MMA are combat sports and they are both loved by fans. Both sports may look the same in some aspects but it is better to know their similarities and differences. Although both sports are about fighting, each has a varying set of rules and techniques.

What is the Perfect Time to Take CBD Oil?

Things to Know About V-Steaming

What is the Perfect Time to Take CBD Oil?

Things to Know About V-Steaming

WHAT IS THE DIFFERENCE BETWEEN BOXING AND MMA?