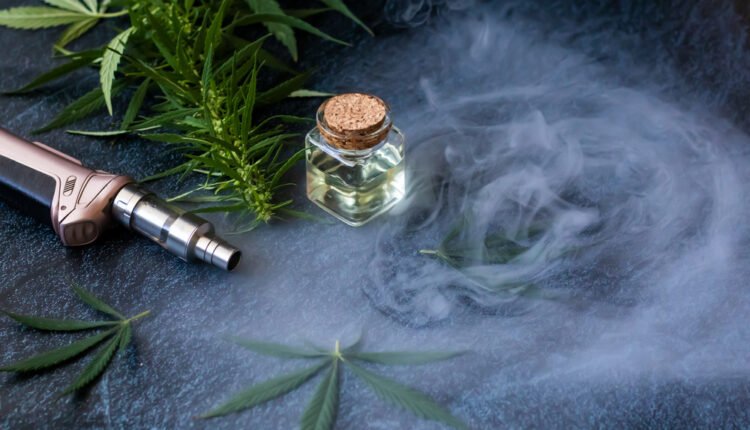 A recently released study conducted jointly by researchers from New York University, John Hopkins, and the American Heart Association seems to imply that state-legal cannabis vapes are safer than similar vapes in states where cannabis is not yet legal. However, the researchers’ conclusions do not necessarily credit legalization as being the deciding factor.

While legalization could play a role in improving vape safety, researchers acknowledge that what they observed could be little more than the natural result of educating manufacturers about the dangers of vitamin E acetate.

The baseline for measuring vape safety is the prevalence of e-cigarette or vaping product-use-associated lung injury (EVALI) cases among vapers. EVALI was first recognized back in 2019 during an outbreak of lung injuries. Those affected were displaying symptoms of what was previously termed ‘popcorn lung’.

An investigation revealed that the lung injuries were experienced mainly by cannabis users. Only a minority of cases occurred among nicotine users. Furthermore, research revealed that vitamin E acetate was the culprit. Manufacturers have stopped using the substance, for the most part.

Permissiveness, all by itself, may have little to no impact on this. Rather, it could simply be that manufacturers producing vape products for permissive states are required to test those products before sending them to market. They avoid vitamin E acetate for that very reason.

Meanwhile, the vape products produced for prohibitionist states are being produced under the radar anyway. It is likely that manufacturers are not voluntarily testing their products for safety. Some may continue using vitamin E acetate despite its known dangers.

How Consumers Can Protect Themselves

Despite a lower incidence of EVALI in permissive states, vapers can still develop it after using contaminated vape cartridges. The best way to protect oneself is to only purchase cannabis vapes from legitimate dispensaries that carry only reputable products.

Pure Utah is one of more than a dozen Utah dispensaries open to patients with valid medical cannabis cards. They say that dispensaries in Utah must abide by strict regulations pertaining to what they are allowed to carry. Likewise, processors must subject their products to rigorous testing for safety and purity.

Most of the states with medical cannabis programs have similar rules in place. So sticking with licensed dispensaries is the way to go. Even recreational users in permissive states should purchase only from licensed dispensaries. Buying vapes from the black market just isn’t wise.

Knowing that the risk of EVALI is always present, one might wonder why consumers would choose to vape at all. The first thing to understand is that vaping mimics smoking in terms of how quickly THC enters the system.

In states where smoking is not legal, vaping is the next best thing. But even where smoking is legal, some people consider the perceived risks of vaping less serious than the known risks of smoking. They would rather take their chances with EVALI than possible lung cancer.

At any rate, there seems to be a lower incidence of EVALI among cannabis users in states with legal medical and recreational programs. Whether or not there is a direct link between safety and legality hasn’t yet been determined. The difference could be little more than manufacturers following the law in permissive states while ignoring it in prohibitionist states.

From what age can you legally smoke a hookah in the United States?

PH Matters: The Importance of Maintaining Proper pH Levels in Your Spa Water