Pollution Linked to 10% of Cancer Cases in Europe 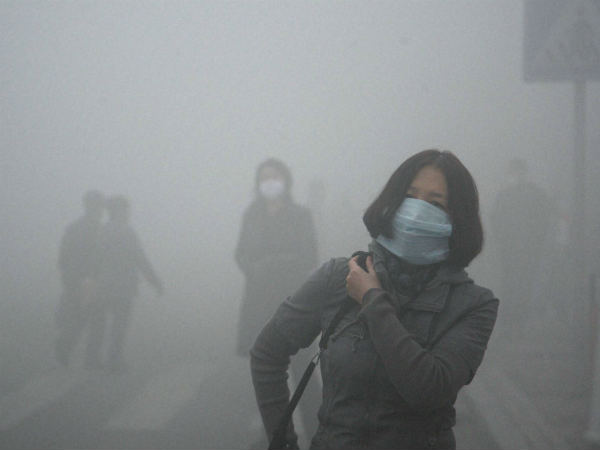 Air pollution is an environmental health problem of global magnitude. It has been for years. Everywhere you go; the air is polluted – in your school or workplace, the minute you step outside your home, your neighbourhood, and on the highway.

A recent report by the European Environment Agency (EEA) reveals the ugly truth about air pollution: it can cause various detrimental effects on human health, including cancer. According to the report, there are around 1.3 million deaths and approximately three million new cancer patients every year throughout the European Union.

However, these numbers can still be reduced by avoiding occupational and environmental cancer risks, which means avoiding air pollution. The EEA report also indicates that a change in lifestyle and behaviour is important. Exposure to the above-mentioned risk factors must be avoided or at least lessened.

The EEA report used scientific evidence about second-hand chemicals or smoke, ultraviolet radiation, radon, and air pollution in determining a connection between the environment and cancer. What the study discovered was that about 10% of Europe’s cancer cases were linked to occupational and environmental risks.

European Union Commissioner for the Environment, Fisheries, and Oceans Virginijus Sinkevičius shared that cancer cases that are caused by environmental risks have significantly increased over the years. It’s news that not anyone would want to hear, but Sinkevičius is confident that if air pollution is reduced and the European Green Deal’s zero pollution goal is reached, cancer-related deaths can be prevented.

Additionally, European Union Commissioner for Health and Food Safety Stella Kyriakides revealed that environmentally related cancer claims more than 250,000 lives every year.  This is why Europe’s Beating Cancer Plan is essential as its goal is to lessen (or eliminate) soil, water, and air contaminants.

She went on to share that the Farm to Fork Strategy recently completed a proposal for reducing pesticide use to 50% by the year 2030. She also reminded the public how valuable it is to “work with nature and not against it.”

EEA Executive Director Hans Bruyninckx stressed the importance of the European Union’s Zero Pollution Action Plan and the Chemical Strategy for Sustainability in addition to equally strong policies. He described these as investments that help secure the well-being of the citizens.

There are three goals to achieve through the European Union’s Zero Pollution Action Plan:

The Zero Pollution Action Plan must be achieved by the year 2050.

Environment-related cancer deaths can be traced to two main risks:

The most common emissions are NOx or nitrogen oxide, which comes from diesel vehicles.

Diesel vehicles used to be considered environmentally safe, but this changed after the 2015 Dieselgate scandal where Volkswagen was found to have installed defeat devices in their vehicles sold to American consumers.

A defeat device is programmed to detect when a vehicle is in the lab for regulatory emissions testing. Once it does, it artificially brings down emissions levels so these remain within the legal limits set by the World Health Organization (WHO). When the vehicle is taken out of the lab and driven in real-world driving conditions, however, the vehicle’s emission levels revert to their default settings. As a result, the car/van emits excessive levels of NOx or nitrogen oxide.

Aside from Volkswagen, other car manufacturers were also implicated in the scandal, including German carmaker Mercedes-Benz.

NOx is a pollutant with devastating impacts on the environment and human health. It forms smog, acid rain, and bad or ground-level ozone.

As a defeat device-affected car owner, it is your right to file a Mercedes emissions claim for the inconvenience and financial burden the scandal has caused you. The claim is also your way of helping reach the zero emissions goal.

To make the process easier for you, work with a panel of emissions solicitors, such as the ones at ClaimExperts.co.uk. They’ll help you every step of the way. Get in touch with them and increase your chances of winning your Dieselgate compensation claim.

Most Lucrative Jobs in Healthcare that Does Not Require…