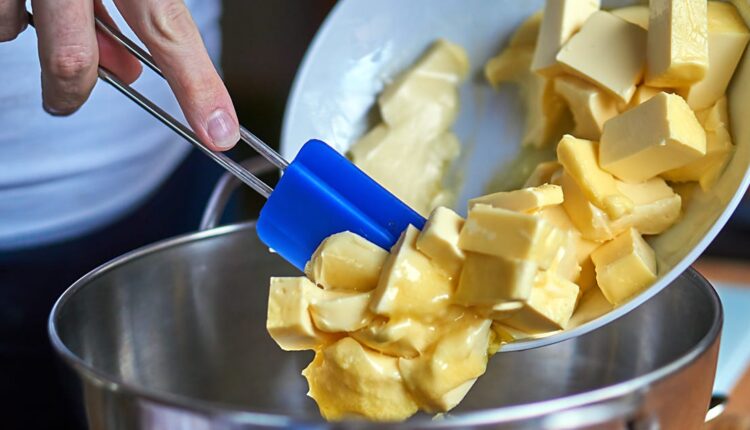 Is butter good for you? Scientists have debated this question for years, and new research is throwing a surprising wrench into the equation: dolphin diets.

When Dr. Stephanie Venn-Watson started studying dolphins at the US Navy’s marine mammal program, she wasn’t expecting to turn the food pyramid on its head.

Venn-Watson, a veterinary epidemiologist who’s worked in public health with the US Centers for Disease Control and Prevention, says the dolphins she worked with lived a pretty good life. They go out into the ocean each day, come back to hang out and live, on average, 50% longer lives than dolphins in the wild. But, as is true with humans, more aging dolphins means more opportunity for age-related health conditions, including chronic inflammation, high cholesterol and symptoms of metabolic syndrome. And some dolphins have a smoother time growing old than others.

The healthy aging dolphins’ secret, according to Venn-Watson, were diets higher in two odd-chain fatty acids, eventually called C17:0 and C15:0. The “goldilocks” of healthy aging is C15:0 — which she and a team of researchers have since claimed may help prevent prediabetes, lower inflammation, lower the risk of cardiovascular disease and more, in humans as well as sea mammals.

“We were able to identify that the healthy aging dolphins had significantly higher C15:0 and C17:0 compared to the poor aging dolphins,” Venn-Watson says, as some dolphins were inadvertently getting less fatty acid in their diets.

The problem, according to Venn-Watson, is that Americans have been taught to avoid some of the foods that contain the goldilocks fat. By treating all saturated fats as equally “bad,” we’re missing out on a nutrient that may help prevent common health conditions, or even help us live longer lives. Enter: our relationship with butter and whole-fat dairy.

C15:0 or pentadecanoic acid is a molecule found in certain foods, including butter, whole-fat dairy, fish, beef and lamb. It’s also present in smaller amounts in some plants, including chia seeds and peanuts, according to Venn-Watson, but in roughly one-tenth the amount that’s found in a serving of butter.

In a 2020 paper published in the journal Nature, Venn-Watson and the other authors make the claim that C15:0 should be considered an essential fatty acid — elevating it to the status of other essential nutrients, such as omega fatty acids, which are necessary for our health, serve as building blocks for our cells and are only found in food sources. These are different from nutrients such as vitamin D, for example, which our bodies produce when we’re exposed to sunlight.

The last essential fatty acid discovery was made in the 1920s when scientists found disease in rats who were fed a fat-free diet.

C15:0, Venn-Watson says, is a fatty acid that shows potential to slow the natural age-related breakdown in our cells, like was seen in her Navy dolphin research. And like the dolphins, human bodies may be hard-wired to receive and use saturated fats. Lab research has revealed receptors in our cells, called PPARS, that act like “little hammocks that sit in our body waiting for the right fat to land in it,” according to Venn-Watson. If Venn-Watson’s research continues to prove the power of C15:0, we’ve been leaving our hammocks swinging empty.

A lot of people have gone through their own trials, including and excluding different types of foods from their diets as they try to work through the current guidance of what’s good or bad for us. Eggs, cooking oils and chocolate are just a few foods that have see-sawed between “healthy” and “unhealthy.”

For decades, Americans have been taught to avoid fatty foods for fear they’d lead to high cholesterol, heart disease or other health complications. The US Senate even issued nutritional guidance in 1977 emphasizing a low-fat diet. But over the years, nutritionists and dietitians have become increasingly skeptical of the practice of outlawing fatty foods, calling out the lack of nutrients we’re skipping out on when we don’t eat some fats, as well as the low-fat lifestyle’s contribution to disordered eating habits.

Despite a decrease in whole-fat milk intake over the years, Venn-Watson and her co-authors wrote in a 2020 Nature article, rates of type 2 diabetes, obesity, metabolic syndrome and nonalcoholic fatty liver disease have risen. There’s also research that contradicts the idea that fat is bad for you, suggesting that people who include healthy whole fats to their diets might be healthier than those who stick to a fat-free diet.

But flipping the script on how we read and report on dietary guidance is no easy feat. The discovery of C15:0 also doesn’t mean our diets should totally switch to a 100% fatty diet, as some types of fat still hold little to no nutritional value (there are still some unhealthy fats found in butter, despite it being a great source of C15:0, for example). But Venn-Watson and others who advocate for more C15:0 say it could be helpful to supplement in foods like cereal, similar to other added nutrients.

“The interest is how do we get this back into our diet, and how do we revisit regulatory guidance with regard to nutrition and saturated fats,” Venn-Watson says. (Note: Venn-Watson sells a vegan C15:0 supplement called Fatty15. CNET has not reviewed this product.)

Will C15:0 replace omega-3 or omega-6 fatty acids as the healthiest fat? “Stay tuned,” Venn-Watson says, as she and her team of researchers have more studies waiting for peer review. There’s also a study underway on whether C15:0 supplementation in younger adults at risk for metabolic syndrome benefit from more saturated fats.

Time (and more research) will inform how our dietary guidance shifts to accommodate more good fats like C15:0. But if the decades-long focus on removing fat from our diet in order to stave off certain diseases has taught us one thing, it’s that food restrictions are not one-size-fits-all.

Guide to CBD usage for therapy